Roger Beckwith spent the better part of his youth in Franklin County as a student at Scotland School. He is returning Sunday in a much different capacity.

Beckwith is, as he describes it, the “owner/coach/GM” of the Philly Cannons, a semi-pro basketball team based in Philadelphia, that is getting ready for its first season in the American Basketball Association (ABA).

The Cannons will take on the Pittsburgh Bullets in an exhibition game at 3:30 Sunday at Alpha Gym (formerly Marshall Frey Gym) on the Scotland Campus. The public is invited to attend; admission is $10, and kids 5 and under are free.

“I spent 12 years in Franklin County when I was going to school at Scotland, so it’s like a second home to me,” Beckwith said. “I want to maintain some connection with this area.”

The team will have some connections, too. Two former Scotland School players, Will Harmon and Marcus Spence, are currently on the Cannons’ roster, as are a pair of former Shippensburg University players, spring graduates and Philadelphia native Tony Ellis and Jay Hardy.

Beckwith said, “I hope the community will come out and support us. We’d like to make Franklin County be our second home, and we’d like to play some more games here.”

A former PIAA Class AA 100-meter dash champion for the Cadets, and a member of the PIAA champion football team in 1992, Beckwith is a Philadelphia native who has dabbled in several business ventures since graduating from the University of Pennsylvania. He played some Arena League football, worked in social services and promotions, and was in the record industry.

What he’s doing with the Cannons is balancing sports and entertainment.

“I was plugged into this league (ABA) because a friend of mine coached the West Virginia Wildcats and I had some ownership,” Beckwith said. “But I wanted to have a team in Philly. We started in April and we’ll play exhibitions until our season opens in late October.”

Beckwith describes the ABA as “the next level down from the National Basketball Developmental League. I don’t have the capacity to pay the players, but it’s a stepping stone league.”

He said his team will feature some young players looking to perhaps land a pro contract with an NBDL team, or some foreign team, some players maybe on the way down from those leagues, or simply some players who just want to play some ball.

“Talent-wise, there are a lot of good players in Philadelphia,” Beckwith said. “A lot go to the Big Five schools, and if they aren’t good enough for the NBA, but still want to play, we’re there for them.” 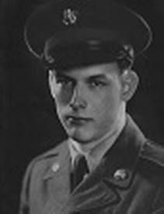